In this video I explore the possibility of making DIY sound absorption panels on a budget, later comparing them to much more expensive acoustic foam. The results are pretty amazing! There have been many comments pointing out that my test only measures transmission and not reflection, so is essentially unsuitable for my initial testing goal. While this is partly true, testing reflection is pretty difficult to do in a home environment, and the only way to do it that I can think of would be to spend a long time in the middle of a field with a powerful speaker and mic rig, which is really beyond the scope of what I was prepared to do for the video. My tests are not rendered pointless however - it would do no good to have only measured reflection, as the thinnest lightest material would have won (like foam), as nothing would have bounced back. Reflection and transmission need to be tested together to measure how much sound passes through, and how much sound is reflected back - this should give an indication of how much sound is absorbed by a given material. Regardless, only testing the transmission doesn't affect the outcome of the project at all, as any sound waves reflected by the panels themselves would have theoretically bounced off the wall anyway - again this is why reflection wasn't tested, as it doesn't matter so much for a panel setup (though would matter very much for a vocal booth). Open to hear any thoughts about it though! Keep up the great discussion. :) 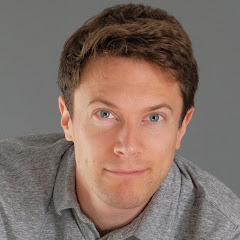 5 years ago
We use cookies to ensure that we give you the best experience on our website. If you continue to use this site we will assume that you are happy with it. Privacy policyOk