TOP 5 SMALLEST AIRPLANES Which You Don't Know About Subscribe to my channel to get to know all news! ►https://youtube.com/channel/UCO62AVOyfSy9gXyINfkgQKQ?sub_confirmation=1 ⚠ Don’t miss next videos: Press the little bell ((🔔)) to get notifications If you are the author of the materials or the copyright owner of it, but your authorship was not indicated or you object to its use, please contact me: titosaleksyt@gmail.com BUMBLE BEE 2 The first airplane in our release is really the most compact in the world. However, it was built not so much for functionality as for getting a record in the Guinness Book of Records. Now the "bee" is at the Tucson Aviation Museum in Arizona. AKOYA AKOYA by LiSA Airplanes is a sports aircraft capable of landing and taking off from water, snow and hard surfaces. Such a multifunctionality is provided by the underwater wings, installed instead of traditional floats for hydroplanes. https://www.twitter.com/lisaairplanes https://www.facebook.com/lisaairplanes ATLAS ATLAS is a unique flying machine, reminiscent of the sketches by the legendary Leonardo da Vinci, created by a team of the AeroVelo enthusiasts. https://www.youtube.com/channel/UCaaBYl_LnxAecUOgfVTQHvg/featured https://youtu.be/syJq10EQkog SUBSONEX SUBSONEX is the smallest jet-engine aircraft, the first obsolete model of which was introduced to the public back in 2009 at the exhibition in Oshkosh. It’is no longer a concept, since the aircraft is now being sold to private customers. https://www.sonexaircraft.com/ VELOCITY V-TWIN VELOCITY V-TWIN is a miniature aircraft that does not "know" how to enter into a tailspin. The fuselage of the vehicle is like the one of the fixed-wing aircraft, which prevents the aircraft from spining, even if the pilot tries really hard. This twin-engine aircraft is able to remain in the air even if one engine fails. During the tests, the plane was intentionally driven into a tailspin on one engine, but it never fell down. https://www.youtube.com/watch?v=8MrSBaxHwYg 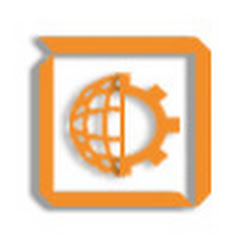 3 years ago
We use cookies to ensure that we give you the best experience on our website. If you continue to use this site we will assume that you are happy with it. Privacy policyOk